This time, the public has excellent options with the movies 'Raksha Bandhan' and 'Laal Singh Chaddha' during the extended weekend that runs from the Raksha Bandhan holiday to Sunday. Other than that and a special stir on OTT this week, viewers can alternately watch each of these movies this weekend.

This time, the public has excellent options with the movies 'Raksha Bandhan' and 'Laal Singh Chaddha' during the extended weekend that runs from the Raksha Bandhan holiday to Sunday. Other than that and a special stir on OTT this week, viewers can alternately watch each of these movies this weekend.

Bollywood News: Raksha Bandhan Movie Review; If the box office success of the movie “Raksha Bandhan” indicates that cinema, particularly Hindi cinema, can still be fueled by sensations, feelings, and relationships, it may be good news for Hindi film. Hindi film directors who are keen to mimic South Indian cinema need comparable tales that may captivate viewers in Hindi-speaking states. The audience in this area does not like the gimmicks. They recognise the imitation right away, yet they can’t help but scream, sob, laugh aloud, and shudder throughout the movie due to the terror of the unknown. In this regard, the movie Raksha Bandhan Movie appears to be a breath of fresh air in between the stories of weary and defenceless feet. 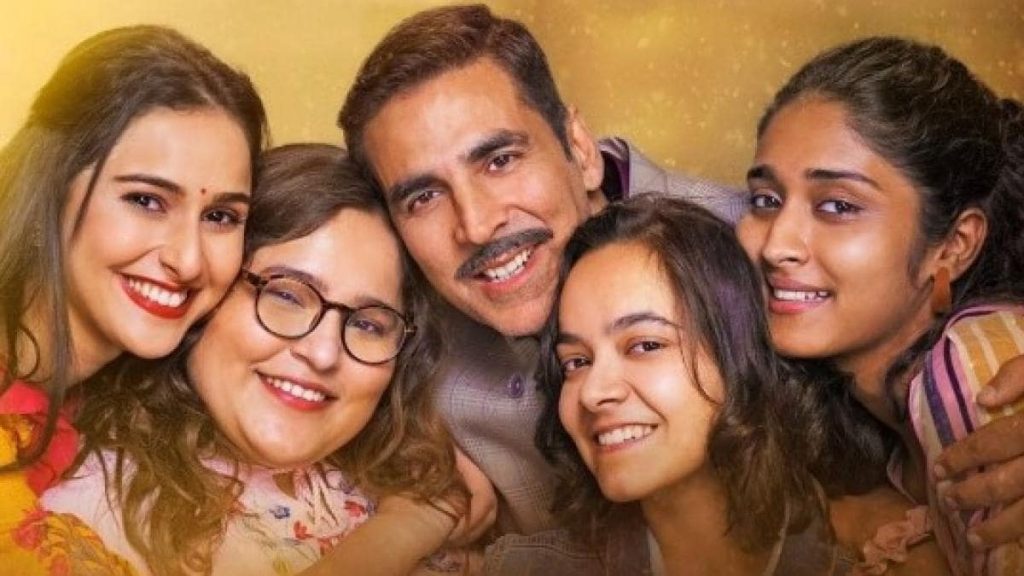 Raksha Bandhan Movie Review: Lala Kedarnath is played by Akshay Kumar in this film. The neighbourhood kids ridicule him by uttering the famous line from the movie “Mother India,” “Lala, Meri Maa Ke Kangan Wapsi Kar De.” This song might have gone on for longer. It is rumoured that eating gol gappas at Lala’s ancestral chaat business will only result in giving a birth to son for a pregnent woman. This strikes at common misconceptions regarding Indian society’s fascination with sons. Lala repeatedly asserts that this does not occur after consuming golgappas costing Rs 25, but the general public does not seem to trust him.

In the previous century, the forefathers borrowed money from a bank, and they are still repaying the first instalment of that debt today. And the banker informs that leaving is the only option to pay off the debt. This interpolation narrative also mentions Nirav Modi by name. The main tragedy of the narrative, however, is that Lala’s dying mother had asked her not to marry her before marrying her sisters. If Lala had kept that pledge, all of her nearby neighbour Sapna’s Monday fasts would have been in vain.