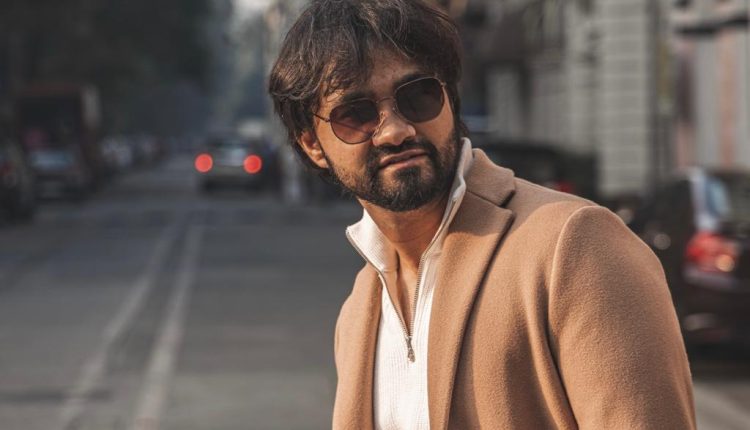 Rishabh Srivastava, started singing at 3 years. His singing calibre was soon noticed by his parents and school teachers, thereafter at the age of 5 he was introduced to formal training both Indian and Western. He competed in many singing competions winning scores of prizes at state and national level, major being “sangam kala group (Delhi)”. In the final year of his school life, he launched an English Music Album “This is love”, composed by him. From there on it was no turning back for Rishabh Srivastava and so began his singing and composing journey.

His talent was soon noticed by Suresh Thomas(Crescendo Music), who later introduced him to Vikram Bhatt who gave him the break in his film “LANKA” as a Music Director and Singer. Meanwhile Rishabh also went on producing singles which were released by Zee Music Company as many as 25 of them. To this date major singers like Shankar Mahadevan, Javed Ali, Shaan, Yasser Desai, Shafaqat Amanat Ali, Mohd Irfan, Arjun Kanungo, Ankit Tiwari,Jyotica Tangri, Aakansha Sharma etc have sung under Rishabh’s music direction.

Of late Rishabh Srivastava also gave music for a feature film “Dear Dia”, and an MX Player OTT Show “Roohaniyat”.
“Roohaniyat” is also his first project where he composed the Background Score. He loves experimenting and composing in various genres and enjoys a good social media exposure through his Instagram and Facebook Profiles by posting originals. Lately the songs composed by Rishabh have been penned by Syed Amir Hussain, which featured in “Roohaniyat” and “ Dear Dia”.

On the occasion of 75th year of Independence a song called “Amrit Mahotsav” was released from Rishabh’s Official YouTube channel. Currently Rishabh is focusing more on building his social media and release more songs independently. He is in talks with some film makers and have signed a couple of movie contracts to release in 2023.

Asha Bhosle and Gioconda Vessichelli: When 2 classical music legends have lunch together