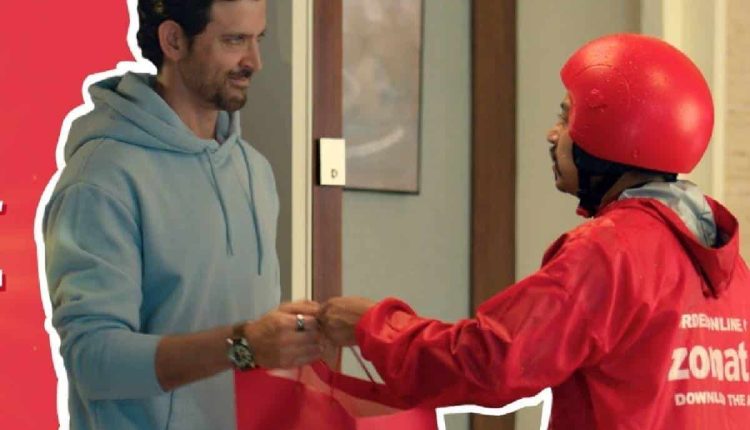 Hrithik Roshan's Zomato advertisement has caused quite a stir across the country. On social media, enraged fans are demanding an apology from the superstar. Hrithik is accused of inciting religious feelings.

App for food delivery Zomato, in collaboration with Bollywood star Hrithik Roshan, has launched a new advertising campaign. However, this advertisement is now mired in controversy. Zomato withdrew its campaign after seeing the uproar, but people’s rage against Hrithik Roshan has erupted on social media. They are constantly demanding an apology from Bollywood’s “Greek God.” Although Hrithik has yet to respond to the entire controversy.

Actually, Hrithik Roshan was recently signed as a star in Zomato’s ad campaign. Hrithik Roshan says in the commercial that he was hungry and asked Mahakal for a plate. The uproar has only recently begun. The priests of the Ujjain Mahakaleshwar temple filed a protest and demanded that Zomato and Hrithik Roshan apologise immediately. Given the gravity of the situation, Zomato withdrew all of the ads and issued a new name on its behalf.

Zomato has made its stance on the ad controversy clear. People are now waiting for Hrithik to apologise on social media. Hrithik was seen on a dinner date with his girlfriend last evening, unbeknownst to him. People are even more enraged as a result of this. Hrithik Roshan recently urged people to watch the film following Lal Singh Chaddha’s Boycott on social media. People were already enraged at the superstar as a result of this.

#Boycott_zomato@Zomato, which serves non-veg, wants to run its business by ironing the Prasad Thali of the holy Mahakal temple of Hindus.
Now..
So wake up my Hindu brave brothers..
And show Zomato and Hrithik Roshan their rightful place