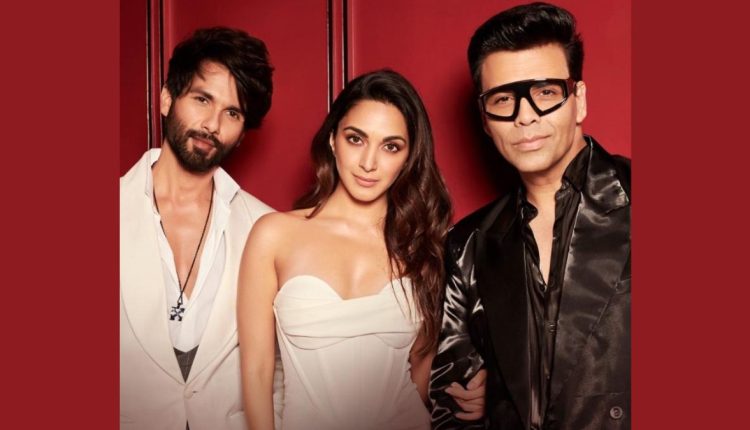 In the previous episode of Koffee with Karan Season 7, Sidharth Malhotra and Vicky Kaushal were seen, and this time Kiara Advani and Shahid Kapoor were in front of Karan Johar. are about to sit. This superhit ‘Kabir Singh’ pair will be seen having a lot of fun with each other in this show. Along with this, Shahid Kapoor is about to reveal a secret that will leave no room for Kiara and Siddharth’s fans to rejoice. Yes, Kiara and Siddharth, who have not yet accepted their relationship in front of the world, will be married this year, according to reports. Shahid Kapoor, not we, has revealed this secret.

Kiara Advani to open up about her and Sid relationship

The promo for the new episode of Koffee With Karan has leaked, and it shows Karan Johar once again attempting to persuade Kiara Advani to open up about her and Sidharth Malhotra’s relationship. While Sidharth dismissed many things in the previous episode, Kiara describes their relationship as “more than very good friends.”

Furthermore, at the end of the trailer, Shahid Kapoor can be seen pointing to Kiara and saying, ‘Be ready for a big announcement by the end of this year, and it will not be associated with any film…’ Shahid comment- Enough to get Kiara Sid’s fans excited.

In the film ‘Sher Shah,’ Sidharth Malhotra and Kiara Advani appeared together for the first time. There is always excitement among fans about this pair’s connection, but neither of them has said anything about it. Professionally, Kiara Advani is the most successful actress in Bollywood today. She has appeared in a number of blockbuster films, including ‘Bhool Bhulaiya 2’, ‘Kabir Singh,’ and ‘Good News.’