Hawkeye Jeremy Renner, who plays ‘Hawk Eye’ in the Marvel Cinematic Universe, is now on a tour of India. On his Instagram account, the actor posted a photo of Alwar, Rajasthan in India. In this photograph, the actor is seen having fun with the kids. Let us remind you that Jeremy Renner has appeared in a number of Marvel Studios films, including “Thor,” “The Avengers,” “Avengers: Age of Ultron,” “Avengers: End Game,” “Captain America: Civil War,” “Avengers: Infinity,” and “Hawk Eye.” In several superhero films, he has played the Avenger ‘Hawk Eye.’ 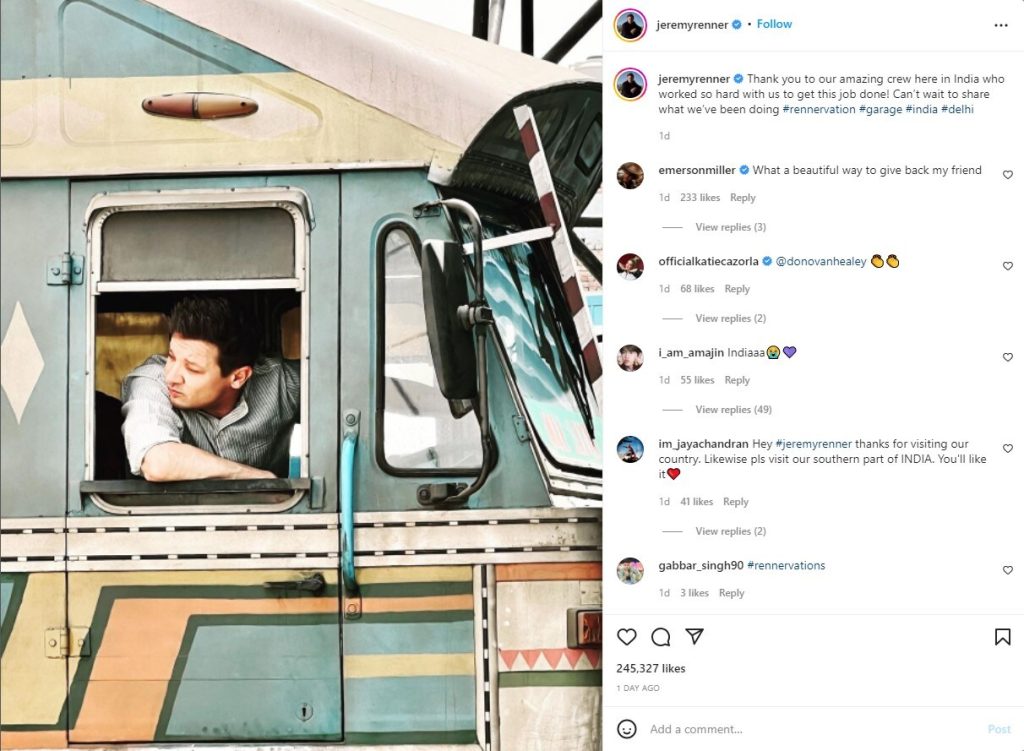 ‘What a fantastic blessing in life to explore, learn from, and be inspired by people and places on this globe!’ the actor wrote with the photo. Users are wishing Jeremy a warm welcome to India while commenting on his post. ‘Watching Hawk Eye play cricket in Alwar is no less than a delight!’ said one person. Rajasthan welcomes you, Hawkeye Jeremy Renner! While some said, ‘Padharo Mhare Des.’ The location where Jeremy Renner is playing cricket with Rajasthani boys appears to be an old fort property with a large playground within, according to a photo provided by the actor. ‘Hawk Eye’ is seen enjoying his cricket at the same time. The sun is setting, and the youngsters who are playing cricket with the actor have no idea who Jeremy is. Jeremy Renner quickly followed up with another photo on his Instagram Story. The image depicts a five-star resort. “The earth tones and that scene is just wonderful,” Jeremy remarked on Instagram.

However, it is unclear what Jeremy Renner, a Hollywood actor, is doing in India. However, based on his photos, it appears that the Avenger star is on vacation here. While some pictures are revealed where Hawkeye Jeremy Renner  is looking like shooting with Bollywood actor Anil Kapoor in Rajasthan.