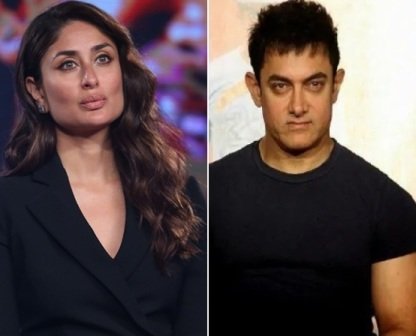 After Talaash and 3 Idiots – Kareena Kapoor Khan and Aamir Khan are all set to share the screen space in Laal Singh Chaddha, an adaptation of Hollywood classic Forrest Gump.

Kareena and Aamir will be seen playing the roles of Tom Hanks and Robin Wright Penn in the forthcoming drama. Trade Analyst Taran Adarsh confirmed the news on his social media profile. He wrote, “IT’S OFFICIAL… Kareena Kapoor Khan teams up with Aamir Khan in LaalSinghChaddha… Inspired by the classic #ForrestGump… Directed by Advait Chandan…Written by Atul Kulkarni… Produced by Viacom18 Studios and Aamir Khan
Productions… #Christmas 2020 release. Aamir and Kareena will share screen space for the third time, after #3Idiots and #Talaash”

Laal Singh Chaddha is a co-production between Viacom18 Studios and Aamir Khan Productions. The film has been written by Atul Kulkarni and will be directed by Advait Chandan, who has Secret Superstar (2017) to his credit.

The original film traces the unlikely adventures of the slow-witted Forrest Gump (Tom Hanks), who survives childhood polio and ridicule to become a war hero and a successful entrepreneur. Forrest’s experiences overlap with important historical events in the United States of America, such as the Vietnam War.

Kareena Kapoor is likely to play Jenny, the love of Forrest’s life who survives child abuse and has a son with Forrest. Laal Singh Chaddha will go on the floors in a few months and is aiming for a December 25, 2020, release. Kapoor’s upcoming films include Good News, Angrezi Mein and Takht.