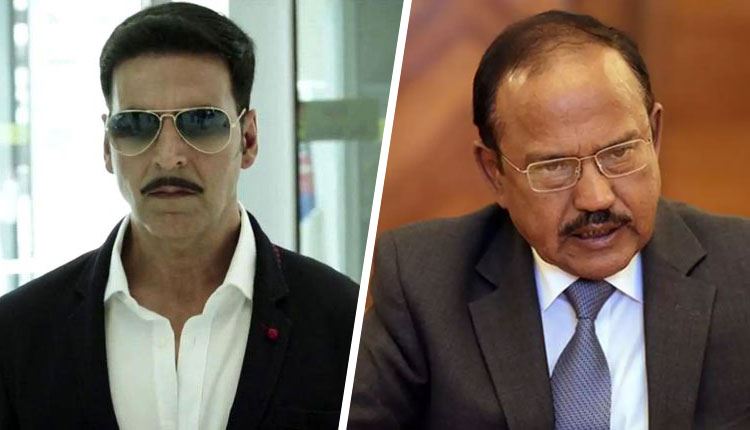 Akshay to play NSA Ajit Dovel in Neeraj Pandey’s Next

Akshay Kumar is undoubtedly one of the active stars in B-Town right now. The actor has seven movies (Mission Mangal, Housefull 4, Good News, Sooryavanshi, Laxmmi Bomb, Bachchan Pandey, and Ikka) in his pocket, and now according media reports the Mission Mangal actor has been in talk with Neeraj Pandey in for yet another film, which is based on Ajit Doval, National Security Advisor to Prime Minister Narendra Modi. The project is currently on the scripting stage and has a long way to go on floors.

According to Report, a source stated to the tabloid, “Neeraj will first make Chanakya with Ajay Devgn, which was announced a few months ago. Akshay also has to complete prior commitments. The team wants to lock the script before making an official announcement.”

Akshay and Neeraj Pandey earlier worked together in Special 26, Baby and Toilet: Ek Prem Katha. The duo last collaborates for a Crack, which was announced in 2016, and scheduled to release 15th August 2017. However, the film was reportedly shelved.

On the work front, Akshay Kumar will next be seen in Mission Mangal along with Vidya Balan, Taapsee Pannu, Sonakshi Sinha, Nithya Menen, and Sharman Joshi. Mission Mangal set to hit the screens on 15th August 2019.