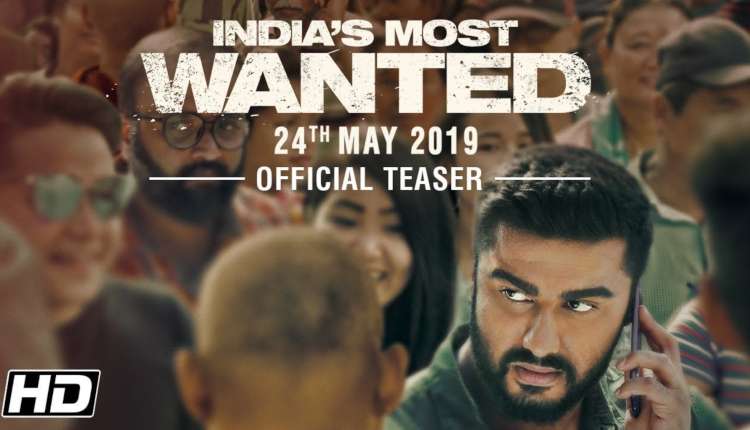 Sharing India’s Most Wanted Teaser, Arjune wrote, “The unbelievable story of the manhunt for India’s Osama. An operation that had no guns, only guts. Watch the #IndiasMostWantedTeaser now.”

The 1 minute and 32-second video teaser starts with haunting music and shows a partial glimpse of a nameless terrorist who responsible for over 52 blasts across several cities.

The film directed by Raj Kumar Gupta, who earlier directed films like Raid, Aamir and No One Killed Jessica and Raid. Arjun Kapoor plays the role of intelligence officer Prabhat. Apart from Arjun, India’s Most Wanted also stars Amrita Puri and Sudev Nair in the lead roles. Produced by Fox Star Studios and Raapchik Films, the film set to release on May 24, 2019.