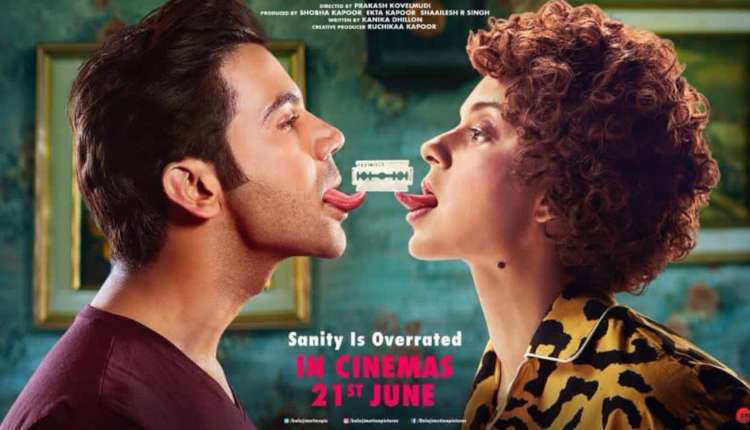 The film features Rajkummar Rao, Kangna Ranaut and Amyra Dastur in key roles. Mental Hai Kya was earlier slated to release on March 29 but got pushed ahead. The film story has been written by Kanika Dhillon and co-produced by Shailesh R Singh.