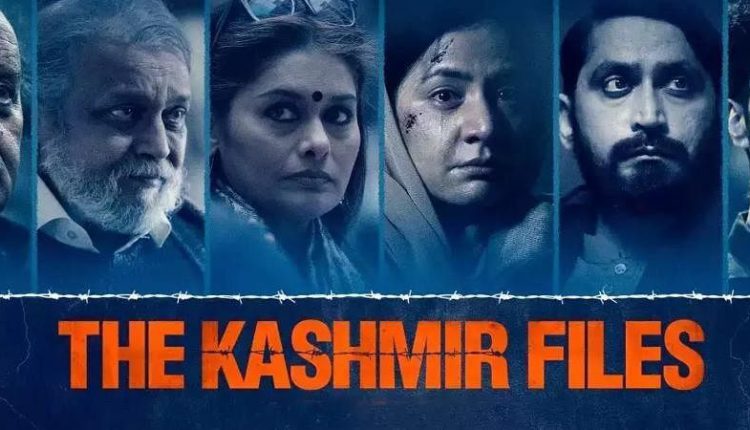 What are the Kashmir Files about?

In India, All the conversations were occurring in separate isolations and separated into different sequences. The thing Vivek Ranjan Agnihotri’s film has accomplished is that it has brought all these conversations into sync which gives genocide advocates nowhere to go and exposes their lies for all to be able to see.

A journalist, for instance, whose work was deemed unworthy as unreliable by the Supreme Court as having no evidence-based value, would want you to believe that her death-profiteering is journalism, however, Agnihotri creating a film after careful documentation of the actual genocide is an act of Islamophobic bigotry. In contrast, an alleged fact-checker who is known to frequently erase tweets that he has checked for accuracy done wrong could claim that promoting slogans in theaters is a form of bigotry and would describe the deliberate ethnic cleansing of a community as an ‘exodus’. Another alleged researcher whose sole source of income is his religion, and who has been featured in the important Indian and international daily newspapers, said during the Hijab dispute that this was a needless public shaming of Hindus since shaming alone will cause a change in attitude. When confronted by the facts regarding what he calls the Pandit Genocide, he believes that any attempt to shame people is Islamophobic. What is the common thread? All of these “celebrated” apparently “mainstream” “liberal” Muslims are absolutely not afraid to deny genocide and defend the perpetrators.

However, there are subversive criticisms that masquerade as academic critiques regarding the Pandit Genocide that need to be dealt with. Kashmir Files addresses these only superficially. It is first noted that only a handful of Pandits were actually killed. “proof” of this “proof” can be seen as a response to an RTI in which the Kashmir police claim only 89 people were killed. It is interesting to note the sleight of hands in this case and that the mere fact that only 89 FIRs have been filed is taken to mean the number of deaths. In reality, the Kashmiri Pandit Sangharsh Samiti led by Sanjay Tikoo has meticulously recorded more than 1,200 Pandits who disappeared in this time believed to be dead, yet there was no FIR reported. They would like you to believe that if the administration is in ruins and local police and bureaucrats assist terrorists in identifying and murdering Hindus, Hindus would obviously visit these police officers to file FIRs instead of risking their lives.

This leads us to the final part of the “quackademic” apology offered by the University of Uppsala. University of Uppsala: that ethnic cleansing can’t happen without the involvement of the government. It is partially true. However, note how it is altered to make it an issue that is the fault of the Indian state. It is true that the Indian “state” was in fact disappeared when killings reached their peak and the genocide was beginning. State bureaucrats who were serving in Kashmir have signed a petition asking India to be removed as well as declaring themselves Pakistanis. The state bureaucracy and police practically joined within the JKLF (Jammu Kashmir Liberation Front) terrorists, providing them with hit lists of Hindus.

While in the end, Kashmir Files may have been able to bring every closet saffron supporter out of hiding, its biggest accomplishment is that it beautifully made all one of us who is a closet Jihadi from the shadows too. The show has proven that the biggest threat to India is not an opulent, bearded, and decent Deobandi clergyman who is a member of his community, but from those who enjoy drinking alcohol, eating pork, and Jinnah proclaim to be liberals, possessing an international outlook and the ability to be charming to the West, however, they will not hesitate to sentence millions of people to death and causing displacement to realize their Islamic dream under the pretense of liberalism.

How do you rate this movie? Please provide your vote from 1 – 5, here 1 means bad, and 5 means Best.