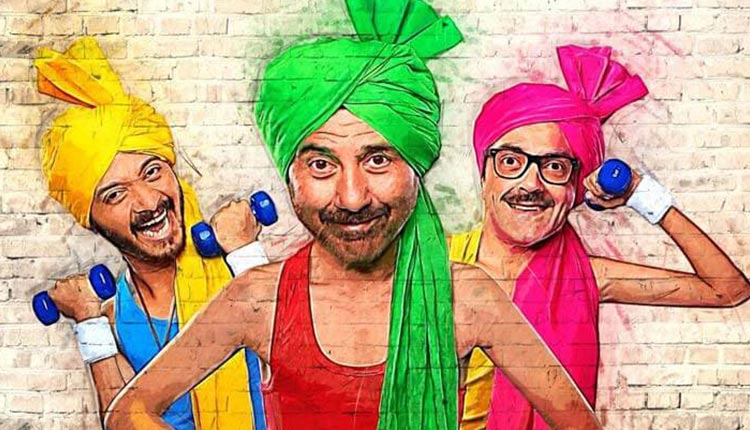 It’s a lightweight comedy film, for where you don’t need to get involved with the brain. The film surely weekend watch.

Poster Boys is a Hindi remake of Marathi film ‘Poshter Boyz’, based on true events. The film shows how three man’s photos accidentally spreading on a Nasbandhi poster. And After this, how their lives changed.

The story of the film is based on a Jamghatti village, where retired army man Jaagavar Chaudhary (Sunny Deol), School Master Vinay Sharma (Bobby Deol) and Credit Card Company Agent Arjun Singh (Shreyas Talpade) are shocked when they get on the government poster of sterilization. The photos of these three are accidentally spread on posters who advertise the vasectomy of the male. After this incident, the marriage of Sunny Deol’s sister cancelled and Boby Deol’s wife leaves him and Shreyas Talpade’s girlfriends break their marriage. After that, all these three victims get involved in investigating how their picture is printed on the poster. During this time these three people are faced many problems, which have been shown in the film in a very comic manner.

Sunny Deol in the role of Jaagavar Chaudhary is amazing. his comedy punch is also fun. Bobby Deol has made a comeback after a long time. He played Vinay Sharma’s character well. They should do more movies. Shreyas Talpade acted same in the role of a loafer, which is done by other actors in such Bollywood movies. It can be said that Shreyas has not done anything new in the film. The trio together shares a great chemistry.

The story and the screenplay are the life of this film, for which will have to thanks Bunty Rathore and Paritosh Painter. Sameer Patil showed the best ambience of northern India and he introduced the locality in a great way, for this, they should be given full credit. However, what pleasantly surprises you the most is the hilarious Deol brothers jugalbandi in a never-seen-before comic avatar.

It’s a lightweight comedy film, for where you don’t need to get involved with the brain. The film surely weekend watch. In the end, Bollywood Mascot gives 3.5 Star to Poster Boys.