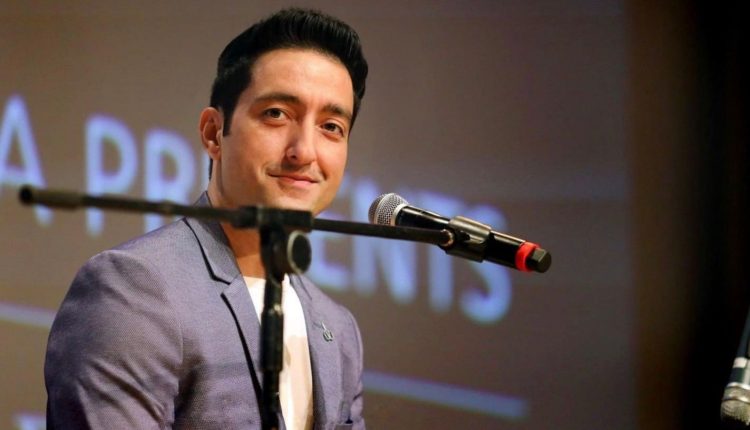 Indo-Canadian ghazal singer, Sachin Sharma, who started serenading his listeners with cover ghazals by different maestros have achieved his own place in the Indian film industry.
After his original ghazals like Ansoo, Aaj Ki Raat, Ankh Jab Band Kiya Karte Hai, Badan Ke Do No, Tum Kavi Ki Kalpana and many more, singer Sachin has gained fame among ghazal and Sufi music lovers all over the world.

Modern ghazal singer Sachin Sharma was introduced by the ghazal maestro Jagjit Singh in the most prestigious, Roy Thomson Hall in Toronto, Canada, in 2005 , where he performed his own ghazal Ankh Jab Band Kiya Karte Hai and received enormous love.
Over the years, Sachin’s ghazals have made waves in the hearts of fans across the globe and been praised for keeping the legacy of ghazals alive.

Sachin has performed internationally with multiple world-renowned artists such as Anup Jalota, Anuradha Paudwal, Richa Sharma, Amit Kumar, Sadhna Sangam to name a few, in countries across the globe such as U.S.A, Canada, United Kingdom, Germany, Switzerland, Taiwan and India, to name a few.

Sachin Sharma has been striking the right chords with his fans. His fans come from all corners of the world and are crazy about his original ghazal. His most recent original ghazal “Ansoo” received international applause for his soulful, melodious rendering of the ghazal. “ Believe me your redemption is a medicine to my sorrows and perils. One of the most original melody in 2022!” fans say.

Sachin Sharma is currently working on some of his new original ghazals with some renowned musicians and artists of India and abroad and his original ghazals can be found on Spotify, Apple Music, Amazon Music, JioSavn, Hungama, Gaana, Shazam and many more digital platforms.
Click here for the latest news from Bollywood, Hollywood, South Film Industry, Bhojpuri and TV world… Click here to join the Facebook Page, Twitter Page, YouTube page, and Instagram of Bollywood Mascot!