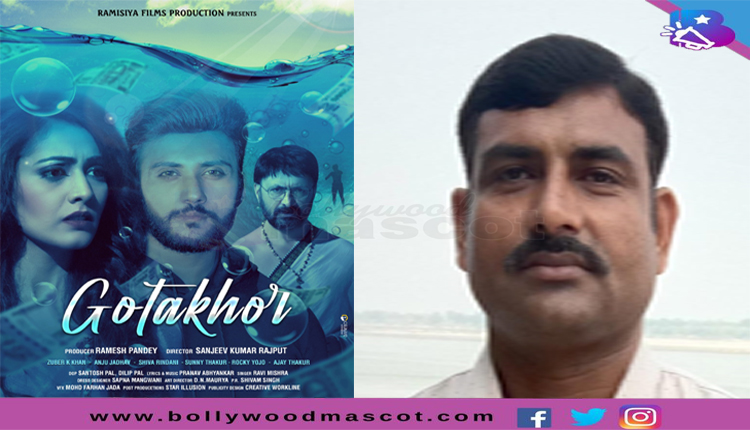 Know What Producer Ramesh Pandey Talks About the film Gotakhor

Producer Ramesh Pandey and his Film Gotakhor: Nowadays, due to the increase in the craze of OTT platforms, it has become very easy to watch newly released movies. In such a situation, where on the one hand, the number of people watching films has increased, on the other hand, the audience is preferring to watch films made on realistic subjects. The film Gotakhor, produced by film producer Ramesh Pandey, is also a film based on a different subjects.

Let us tell you that the film Gotakhor has been released on OTT platforms like MX Player, Amazon Prime Video, Vodafone etc. Released on June 24, 2022, the film stars actors like Zuber K. Khan, Anju Jadhav and Shiva Rindhani in the lead roles. The producer of the film Ramesh Pandey says that the film ‘Gotakhor’ is quite different from the films being released now a days. The story of the film is full of suspense. From a single scene, the story takes a turn in such a way that the audience can never guess. Like other films, this film is also full of romance and drama.

All the actors of the film have given very good performance according to their roles. The director of the film is Sanjeev Kumar Rajput, who has already directed some films. After the film Gotakhor, producer Ramesh Pandey is very soon going to release his upcoming film Damned Graveyard. Describing the film, he says that this film is also going to be very different from other horror films.