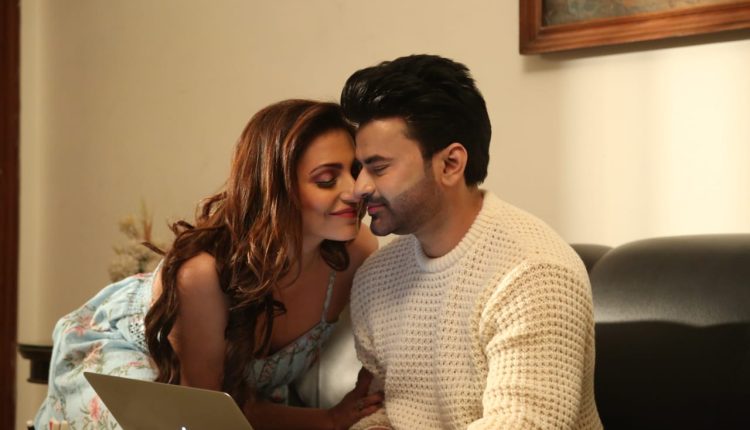 Kahi Na Lagey: Casting Director Asim Jafri who has Casted Films Like Obsession,Chalk,Safar, Judgement,Holi Awareness,Helmet Safety,Sragaal and Manzar is Producing a Music Video Kahi Na Lagey under the Banner of Asim Jafri Films.He not only Produced the Music Video but also worked as A Casting Director in it. Kahi Na Lagey Song is Co-Produced by Singer turned Producer Prateek Bajpai who sang the Song .The Music and Lyrics are Given by Rustom and Batla House Bollywood Movie Fame Shubh Dhingra. Rahul Prajapati who was the Chief Assistant Director of 5 Music Video nd 3 Bollywood Movie is all set to make his Directoral Debut .

Chitranshu Srivastava worked as an Associate Director of the Movie. He was Previously Director of many Short films . Dharmendra Singh Sisodiya who was the DOP of many Bollywood Movies is the Cinematographer of the Song.Camera and Electrical Department is managed by Reality Tv Founder of UP Mr Pramod Gupta.Model Urvashi Verma worked as an Executive Producer of the Song.Ankur Sehgal the Line Producer whereas Costume department nd Make up is managed by Parakshit ,Shalu nd Komal.The Song Starred Famous Tv Actress Navina Bole and Dr of Bollywood Dr Abhinit Gupta.