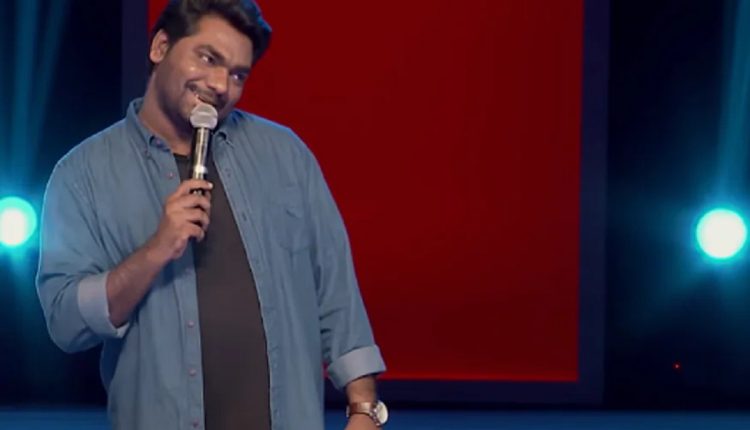 Top 10 Standup Comedians: We cannot disagree that comedy is really necessary in life. For enjoyment, we all require something to laugh at. We are all aware that life is difficult and that the battle is never-ending. Since the world is fighting Covid-19, it is critical to laugh every day and give your brain a cheerful movement. That’s Why we’ve compiled a list of India’s top ten comedians.

Zakir Khan is one of the most popular standup comedians in India, with over 6 million YouTube subscribers. In 2016, Zakir made waves when he appeared in AIB Day. He is India’s greatest stand-up comedian. He is a writer who uses humor to narrate the stories of modern India.

Abhishek is one of India’s top comedians, originated from Delhi and now residing in Mumbai. Because of his sense of humor and the way he represents his jokes, he made his name to the top of India’s best comedians list. He has done his chemical engineering degree. His jokes are largely based on Indian comedians, engineers, breakups, respect for the elderly, and discrimination in India are among his comic book topics.

Kanan Gill, who won the Punch Line, Bangalore competition, is also India’s top comedian, actor, and YouTuber. His YouTube series Pretensive Movie Review is one of the most well-known work. He also made his debut in Bollywood with Sonakshi Sinha in the film Noor.

Biswa Kalyan Rath is one of India’s most prominent stand-up comedians, originally from the eastern state of Odisha. With his Pretentious Movie Reviews with fellow comic Kanan Gill, he drew a lot of attention. With appearances in comedy clubs across the country and several OTT shares, he quickly became a well-known face in Indian stand-up comedy circles.

Vir Das, one of India’s first stand-up comedians, has acted in a number of Bollywood films, television programs, and has performed at major comedy festivals throughout the world. He’s also written comic articles for Femina, Maxim, and Tehelka, among other publications.

Aditi Mittal has risen to the top of the English comedy scene in India, out of all the female stand-up comedians in the country! To enjoy all of her content, the audience at her presentations must be open-minded and free of hypocrisy and superstitions. On the other hand, she comes in CNN-IBN’s 30 “witty, educated and immensely fun” Indian women on Twitter.

He is a YouTuber and a stand-up comedian. He is well-known for his work as host of comicstaan in the AIB platform and as the founder of the Son of Abish. We can’t fail to include his name in the list of the finest comedians in India whenever we talk about India’s top comedians.

Sorabh Pant was one of the first to enter into the Indian comedy scene, beginning his career alongside Vir Das. In 2012, he started the comedy group East India Comedy, with whom he collaborated with other comedians and presented at comedy clubs across the country and abroad.

He has performed over 250 events in a variety of cities. The Times of India named him one of the top Indian comedians.

Kenneth Mathew Sebastian with his distinct angle of comedy, which is almost based on the simplest content, has always been proven over the years that the perspective of thinking is important when it comes to humor. Despite the fact that his content is simple, we can’t deny that what Kenny performs on stage is matchless. Kenny Sebastin has showed in a number of international television shows and also on OTT platforms such as Netflix and Amazon Prime Video.

Appurv Gupta is an Engineer by qualification, he has been mostly performing in so many colleges function, fests and corporate events. His comedy is mostly based on the middle-class family and culture. Some of the best show of his includes Patli pin wala charger and Guptji ki Aeroplan wali journey.