Panchayat Season 3 is based on the life of Abhishek Tripathi real name Jitendra Kumar, an engineering student who works as a panchayat secretary in Uttar Pradesh’s remote Phulera hamlet. Due to a lack of better work opportunities, Abhishek accepts the position of Panchayat Secretary. Fans and critics praised the filmmakers of ‘Panchayat 2’. Fans have been anticipating the debut of the third season of ‘Panchayat’ since the show’s creators confirmed it. Fans of ‘Panchayat’ are eager to learn more about the plot and release date. Let us know more about the third season of the series in this article.

Panchayat Season 3 Release Date And Time: In an interview with ‘Free Press Journal India,’ Jitendra Kumar stated frankly that ‘there is no pressure, although many things have obviously improved compared to the previous season, there is still a lot of work to be done.’ There are parallels. I believe the audience will enjoy Panchayat Season 2 due of the intriguing tale.

Panchayat Season 3 Cast: ‘Panchayat’ has established itself as one of the top Hindi comedy-drama web series. Panchayat Season 3 stars Jitendra Kumar, Raghubir Yadav, Neena Gupta, Chandan Roy, and Faisal Malik. This series was created for Amazon Prime Video by the production company ‘The Viral Fever’ (TVF). The ‘Second Season’ of ‘Panchayat’ was just launched and was highly accepted by the audience. Viewers are now anxiously anticipating the third season. From then, the story begins. From the end of the first season. The panchayat secretary of Phulera village, Abhishek Tripathi (Jitendra Kumar), is shown coming out of a water tank. Here, Vikas (Chandan Roy) and Deputy Pradhan Prahlad (Faisal Malik) are concerned that the Pradhanji will learn about Secretary ji and Rinki’s affair (Saanvika). The good news is that Abhishek Tripathi has become fond of the village’s land.

The secretary’s face is no longer irritated as it once was. He now responds to everything with a smile. But that doesn’t mean they don’t wish to leave the village. His plan remains firm, and he has decided to leave the village as soon as the MBA exam is completed. The second season of Panchayat has seen two new entries. Rinki (Saanvika), Pradhan ji’s daughter, is the first, and Sunita Rajwar is the second.

Deepak Kumar Mishra, the director of ‘Panchayat,’ has not stated when the third season will premiere. He stated in an interview that he intends to make a third season, but he is not in a rush. Mishra stated that ‘Season 3’ will undoubtedly be released, but it will take time. We currently have two seasons of responsibility, and we will need to focus more on performance and script. It will take its time this way.

Director Deepak Kumar Mishra shares light on the lead characters Abhishek and Rinki (Jitendra Kumar and Saanvika) of ‘Panchayat’ in the third season of ‘Panchayat.’ They (Panchayat secretary Abhishek and Rinke) did not marry in the second season. He went on to say that this will progressively be observed happening in season three of the panchayat. He continued, “Everything, as I have stated, takes its time. Everything will move at a sluggish pace, just like in the village’s natural setting. Everything will come in stages.”

On the topic of making the climax of Panchayat’s second season dramatic, he stated that the producers needed something at the end of the series that would keep people captivated. Several options were investigated for this. In the story, the MLA’s pride had arrived, Durgesh had harassed, and there was a schism between the secretary and the head, so something that would unite this group was required. ‘Panchayat’ premiered its first season in April 2020. The second season will be released on May 18, 2022. Both seasons include an average of eight 30-35-minute episodes. 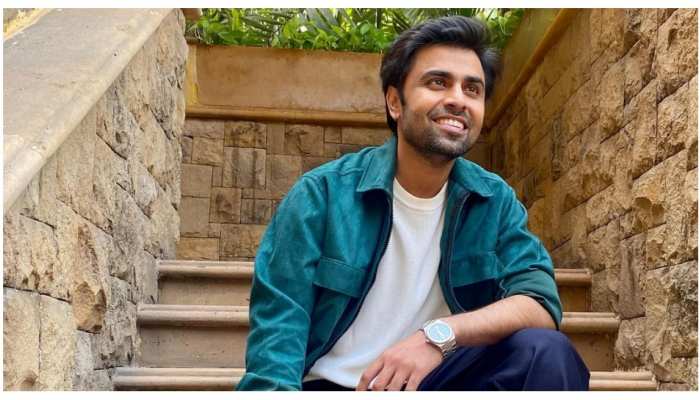 Jitendra Kumar stated in an interview with “Free Press Journal India” that “there is no pressure, although many things have obviously improved compared to the last season, still a lot of work needs to be done.” There are parallels. Season 2’s intriguing story will likely appeal to the viewers as well, in my opinion.

Jitendra Kumar continued, “During the first season, everybody were free, and everyone had free time to watch the series at home. We had a lot of support from the public, so perhaps this time we will do the same. The third season of Panchayat is something we are also anticipating.