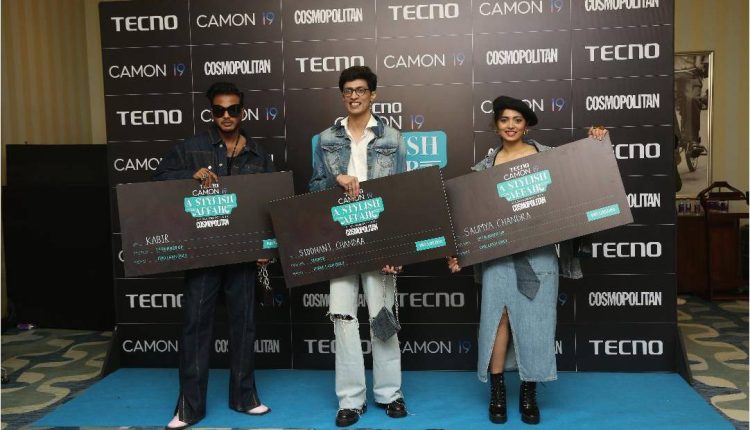 TECNO Mobile and Cosmopolitan magazine joined forces to celebrate the best in fashion and technology. A Stylish Affair, in association with TECNO and Cosmo, launched a nationwide Style Hunt in search of India’s most stylish people.

A Stylish Affair concluded recently with 10 finalists competing at the Grand Finale, held at the Pullman Hotel, Aerocity, New Delhi. This one-of-a kind platform welcomed participants from across the country to showcase their sartorial prowess. A sartorial event of this scale, helmed by leading names in the fashion industry and world of technology like Cosmopolitan magazine and TECNO Mobile, is hailed as the Holy Grail for fashion aspirants. The contest received thousands of entries, and Team Cosmo shortlisted 10 participants to compete at the Grand Finale.

The jury panel included Cosmopolitan India Editor Nandini Bhalla, Designers Pranav Misra, Karan Torani, Namrata Joshipura, and Kanika Goyal. The jury accorded Siddhant Chandra the first position, while the first runner-up position was claimed by Kabir, followed by Saumya Chandra as the second runner-up. The titleholders were awarded with a grand sum of Rs 3 Lakh for the top most position, followed up by Rs 2 Lakh for the first runner-up and Rs 1 Lakh for second runner-up.