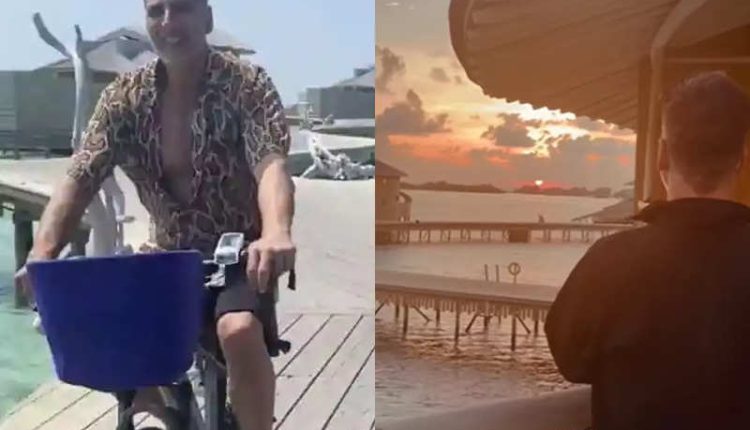 Akshay Kumar always use to make his fans happy by doing something interesting on every special occasions. Once again Khiladi Kumar has won the hearts of his by doing the same. Actually Akshay Kumar posted a video where he’s chanting Gayatri Mantra as starting the new year. With his new look, he has ushered in the new year in a spiritual manner. Everyone knows that Akshay gets up early in the morning and works hard to maintain his fitness. With the recitation of Gayatri Mantra, the early rising actor congratulated everyone on the new year, describing the Sun God as his friend.

Akshay’s fans are making positive and exciting comments on the post. They are praising Akshay Kumar for making entry in new year in such style. Everyone is praising the actor for doing such thing. The majority of fans are writing in their new year’s greetings, ‘May the new year be full of happiness and health for you’ and etc. He is Maldives for vacation actually with the family including wife Twinkle Khanna and duaghter.

Akshay’s calendar for next year is completely booked. The 54-year-old actor has several films coming out in quick succession, including ‘Prithviraj,’ ‘Bachchan Pandey,’ ‘Raksha Bandhan,’ ‘Ram Setu,’ and ‘OMG 2: Oh My God! 2’.