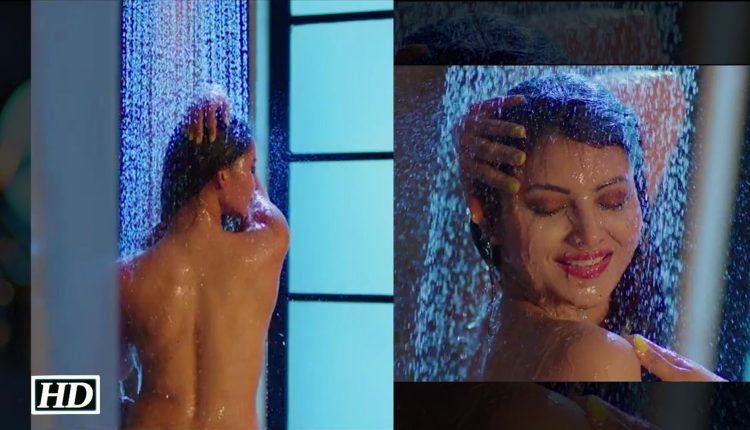 This video is actually a scene from her film 'Sanam Re,' in which she caused a stir by performing a daring performance.

Urvashi Rautela, a popular Bollywood actress, keeps herself update with the audiences on social media. Her sexy photos and videos frequently raise the pulses of her followers. Meanwhile, a video of the actress has appeared on the internet, causing concern.

She is seen taking a shower in the bathroom in the footage. Fans’ senses are blown away when they see his strong manner in front of the camera. This video is actually a scene from her film ‘Sanam Re,’ in which she caused a stir by performing a daring performance. This video was uploaded on Urvashi Rautela’s Instagram fan page and is currently circulating the internet.

Urvashi Rautela is a native of Haridwar, Uttarakhand, and her father is a successful businessman. She began modelling when she was quite young. She was 15 at the time, was crowned ‘Miss Teen India’ in 2009. She has also won titles such as ‘Miss India Princess,’ ‘Miss Tourism World,’ and ‘Miss India Supermodel.’ Apart from this all, She is very active over her social media accounts. Her Instagram has huge number of followers.

‘Singh Saab the Great‘, The First Movie Of Urvashi Rautela

She began her acting career with the film ‘Singh Saab the Great.’ In this film, she starred alongside Sunny Deol. Urvashi’s performance in the film was well-received. ‘Love Dose,’ ‘Lal Dupatta,’ ‘Bijli Ki Taar,’ ‘Ek Ladki Bheegi Bhagi Si,’ ‘Dob Gaye,’ and ‘Woh Chand Kahan Se Laogi‘ are among the many music videos she has done. Urvashi Rautela is expected to appear in the upcoming film ‘Black Rose.’