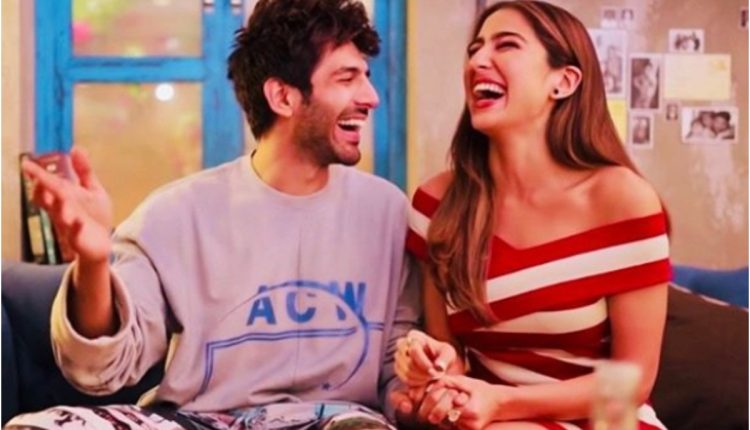 Sara Ali Khan is one such actress who has made a name for herself in Bollywood in a relatively short period of time. Sara, who made her Hindi film debut in 2018 with ‘Kedarnath,’ is still the subject of debate about both her films and her love life. Recently, a video of Sara has gone viral on social media. People are reacting differently on social media after seeing the caption written on Sara Ali Khan’s T-shirt in this video. Furthermore, people are associating Kartik Aaryan with what is written on his T-shirt.

This viral video of Sara Ali Khan was shared on Instagram by celebrity photographer Viral Bhayani. She was seen leaving her gym in this video. She looked stunning in a crop top and shorts during this time. She also posed for the photographers. But it was the caption written on her T-shirt that drew the most attention. Her T-shirt said, ‘Dump Him.’ People couldn’t stop laughing after seeing this caption written on her T-shirt.

This question was posed to Sara Ali Khan by users

Has a crush on Vijay Deverakonda

Sara was recently seen in Season 7 of ‘Koffee With Karan’ alongside Janhvi Kapoor. During this, Karan Johar revealed Sara  and Kartik Aaryan’s relationship and revealed that the two had dated. However, they are no longer together. So Sara Ali Khan revealed her latest crush and stated her desire to date Vijay Deverakonda. Sara Ali Khan will soon be seen on-screen romancing Vicky Kaushal.