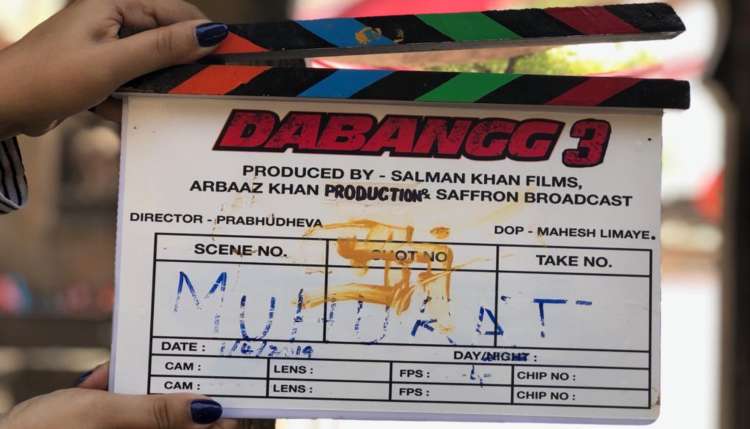 The shooting of forthcoming film Dabangg 3 starring Salman Khan and Sonakshi Sinha in lead roles begins today in Indore. This will be the latest and third installment of action franchise Dabangg.

Taran Adarsh on Monday took to Twitter and shared a photograph of the film’s clapboard. He wrote: “Shoot begins today… Salman Khan returns as Chulbul Pandey in #Dabangg3… Directed by Prabhu Dheva.”

Salman Khan also the video on Sunday and wrote, “Back in our birthplace for #Dabangg3 shoot @arbaazSkhan.”

Salman Khan will reprise his role as Chulbul Pandey, for the third time. Sonakshi plays his wife, Rajjo in the film. The film which will be helmed by Prabhu Deva is produced by Arbaaz Khan.

Salman Khan, who last seen in Race 3, is currently gearing up for the release of Ali Abbas Zafar’s Bharat with Katrina Kaif, Tabu, Sunil Grover and Disha Patani. After Dabangg 3, The actor will start shooting of Bhansali’s Inshallah with Alia Bhatt.