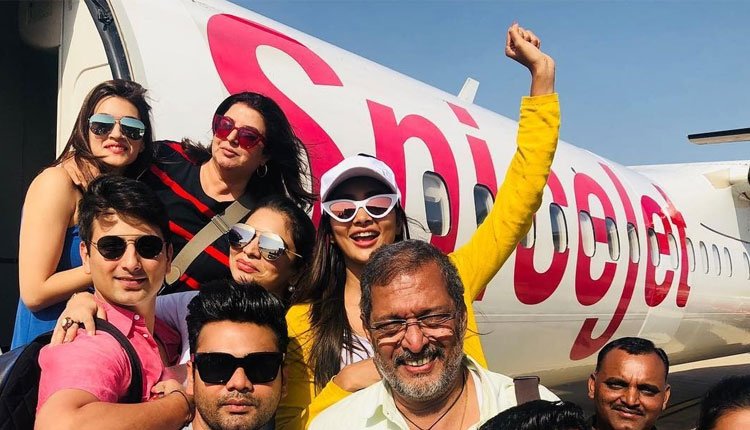 Housefull 4: Here’s Detail of Nana Patekar’s Role In The Film

The team of Housefull 4 recently completed the shooting schedule in Jaisalmer. The comedy flick marks the return of Akshay Kumar and director Sajid Khan, who directed Housefull and Housefull 2. The fourth installment of this comedy franchise will also feature new faces such as Bobby Deol, Kriti Sanon, Kriti Kharbanda and Pooja Hegde.

Apart from Akshay, Bobby and Ritesh, veteran actor Nana Patekar also plays an important role in the film. According to the report by Bollywood Hungama, Nana Patekar will be playing the role of a Ghazal singer in Housefull 4. The actor finished the Jaisalmer schedule and then returned to Mumbai on Saturday.

Nana Patekar, who last seen in Golmaal Again, is currently in the news due to the charge of sexual harassment during the shoot of Horn Ok Pleassss made by Tanushree Dutta on him. While the actress filed a police complaint, it is being said that Nana Patekar will dictate his side of the story through a press conference soon.

Housefull 4 has an ensemble cast of Akshay Kumar, Riteish Deshmukh, Bobby Deol, Nana Patekar, Kriti Sanon, Kriti Kharbanda and Pooja Hegde. The film produced by Sajid Nadiadwala under the banner of Nadiadwala Grandson Entertainment and is scheduled to release on Diwali 2019in 3D with tons of VFX.