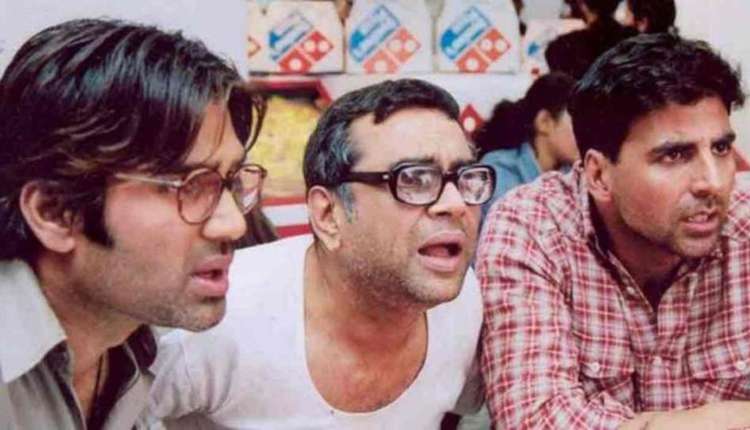 Here Pheri’s third installment has been in the news for months. Earlier, it was reported that Total Dhamaal director Indra Kumar will direct Hera Pheri 3 starring Akshay Kumar, Paresh Rawal, and Suniel Shetty. Indra Kumar has also revealed several times that he was working on the script with the team.

However, according to the current reports, Hera Pheri makers have now brought back director Priyadarshan on board, who had directed the first film in the franchise.

According to a report in Mumbai Mirror, Akshay, Suniel Shetty, and Paresh Rawal are set to reprise their role of Raju, Shyam, and Baburao in the third installment. The actors will play characters closer to their real ages, as the script is taking a time leap.

Priyadarshan confirmed that he has been in talks with Akshay, Suniel, and Firoz for Hera Pheri 3, adding that it would be a while before he got to it. He also added, “I am currently busy with my Malayalam film, Marakkar: The Lion of Arabian Sea. It is a huge film, and I will only think about Hera Pheri after this one is out of my system. Nothing is concrete as yet.”

Talking about Here Pheri 3, The basic idea of the film was written by Neeraj Vora before he passed away in 2017, and now Priyadarshan will work with his team to develop it into a screenplay.

Meantime, Total Dhamaal director Indra Kumar has moved on to another flick which stars Ajay Devgn.