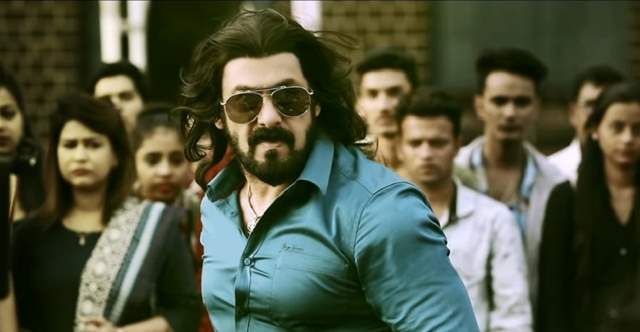 Bollywood News: On Friday, Salman Khan debuted his new look from Ladakh to his fans. Salman Khan flaunted his long hair in his most recent Instagram post. Salman is dressed in a green sweater, black pants, shoes, and glasses in the photo. The photo of Bhaijaan is going viral on social media.

The actor is looking away from the camera in the photograph. Behind them, a bike can be seen. Salman commented on the post, ‘Leh, Ladakh.’ He did not, however, specify which film his new look is for.

Fans expressed their admiration for the actor in the comments section of his Instagram post. ‘Bhaijaan’s new look,’ one user commented. Fantastic.’ Another Instagram user commented, ‘Salman with long hair.’ ‘Can’t wait for Bhaijaan anymore,’ said another. ‘Tiger 3 shooting,’ said one fan. One user commented Because Pooja Hegde is in Ladakh, the shoot for ‘Kabhi Eid Kabhi Diwali’ is taking place.’

Is Bhaijaan in Ladakh for shooting?

Pooja Hegde and Venkatesh Daggubati also appear in Salman’s ‘Kabhi Eid Kabhi Diwali.’ Aside from that, he has a lot of films. The film, directed by Farhad Samji and produced by Sajid Nadiadwala, will be released on December 30. ANI reported a few days ago that Salman is in Ladakh with Pooja to film the song ‘Bhaijaan’ from ‘Kabhi Eid Kabhi Diwali.’

Salman will appear in Yash Raj Films’ action thriller ‘Tiger 3’ alongside Katrina Kaif and Emraan Hashmi. Salman will reportedly appear in Shah Rukh Khan’s action film ‘Pathan,’ which will be released on January 25, 2023. Salman had announced the sequel to his 2015 film ‘Bajrangi Bhaijaan’ in December of last year. He wrote “I have a strong bond with Rajamouli and his father, and soon we will be back for ‘Bajrangi Bhaijaan 2,” Salman said at an event organised by filmmaker Karan Johar that I’ll collaborate with you.

Teaser of Akshay Kumar film Cuttputlli has been released, Khiladi is seen in uniform