Avneet Kaur is an Indian Television actress and a social media influencer. She had started working in TV industry as a child artist and worked in numerous TV shows and Bollywood movies as well. She was rumored to be in relationship with TV actor Siddharth Nigam. Avneet Kaur was born in Jalandhar, Punjab, on October 13, 2001. Her father is Amandeep Nandra, and her mother is Sonia Nandra. Jaijit Singh is her younger brother. She went from being a young artist to becoming an actress. She attended Police DAV Public School in Jalandhar, Punjab, and subsequently Oxford Public School for her 10th board test. She is studying commerce in a private college in Kandivali, Mumbai, as of 2021.

She began her career in 2010 at the age of eight with Zee TV’s dancing show Dance India Dance Little Masters, where she finished third.

She then competed in Dance Ke Superstars, where she was a member of the “Dance Challengers” squad. She began her acting career as a kid artist in Life OK’s TV serial “Meri Maa” in 2012, playing the role of Jhilmil.

She then starred in the comedy show Tedhe Hain Par Tere Mere Hain on SAB TV. She appeared in Season 5 of Jhalak Dikhhla Jaa in 2012. She portrayed Princess Damayanti in Life OK’s TV programme Savitri in 2013. She made her Bollywood debut in 2014 with the film “Mardaani,” in which she played Mira, Rani Mukerji’s niece.

In 2017, she portrayed Rani Charumati in Chandra Nandini. She played Princess Yasmin in the SAB TV serial “Aladdin – Naam Toh Suna Hoga” from 2018 until 2020 before leaving due to health difficulties.

In 2022, she co-starred with Nawazuddin Siddiqui in Kangana Ranaut’s film Tiku Weds Sheru.

She has taken great care of her fitness and diet since childhood. She always follows a proper diet and also does daily workouts. Avneet’s height is 5 feet 3″ inches.

The year 2018 was the most significant in his life. This year, he receives a popular show that completely alters his life. The show “Aladdin” became quite popular, and it helped people get to know her.

Following this, her career took off, and she gained a large fan base. She has appeared in numerous TV episodes, Bollywood films, music videos, online series, and special appearances as of 2021.

She started making videos on TikTok in 2018, and she quickly grew to over 18 million fans. However, after it was prohibited, she began sharing reels on Instagram, and as of 2021, she has over 28 million followers on her Instagram account. She is quite active on Instagram and frequently posts about her daily activities.

Avneet did her primary and secondary education in her birthplace of Jalandhar. She attended Police DAV Public School from kindergarten to sixth grade. She then moved to Mumbai to pursue a profession in dance. Following that, she completed the remainder of her studies at the Oxford School in Mumbai. Avneet has been involved with classical dance in addition to schooling. She learned Kathak in the Lucknow Gharana.

Avneet Kaur is not married and does not have a boyfriend. People assume that her boyfriend is Siddharth Nigam, while she claims that Siddharth Nigam is merely her best friend. She is also rumored to be connected with popular social media influencer Riyaz Aly. She is now a days very closed to a guy named Raghav Sharma.

There has been no confirmation about her boyfriend. If rumours are to be believed, her lover is Siddharth Nigam. But this is not the case. She is currently unattached. Siddharth Nigam used to work with him on the Aladdin sets. He is a good buddy of her. 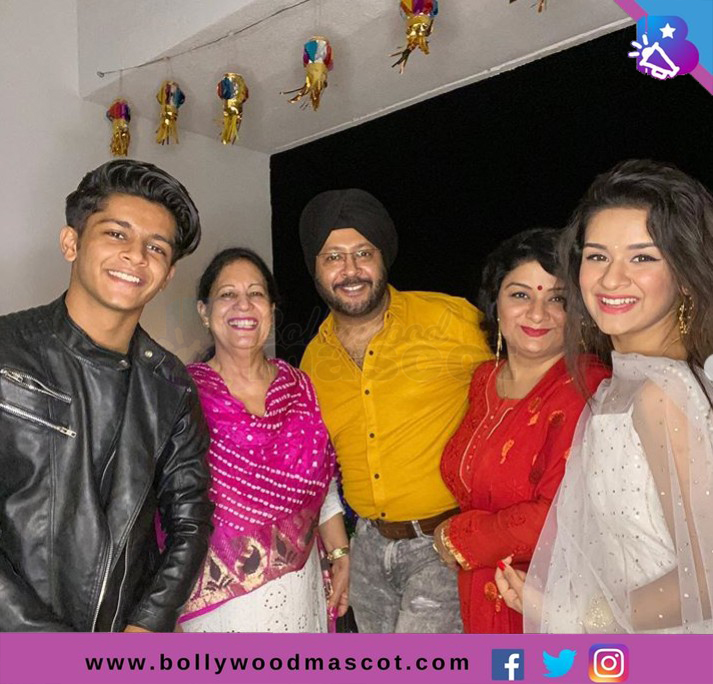 Avneet Kaur is from a Sikh household. Her father is Amandeep Nand, and her mother is Harpreet Kaur. In addition to him, she has a younger brother named Jaijit Singh. She stays in Mumbai with her family live. In Jalandhar, she lives with his grandfather Iqbal and grandma Satnam Kaur. She will undoubtedly visit Jalandhar when she has the opportunity. She has loved dance since she was a child. She began dancing lessons at a young age. She keeps posting pictures with her family including her father, brother and mother. She is very closed to her family.

Her father is business person while mother is house wife. Her brother Jaijeet Singh is very active over social media. He is into making reels with her sister. He has more than 4 Lakhs Followers in Instagram.

Her father is Amandeep Nandra, and his mother is Sonia Nandra. Jaijit Singh is his brother’s name. Her parents have never forced their children to study and have always allowed them to do whatever they wanted. After a few years, her family relocated from Punjab to Mumbai.

Avneet Kaur Income or Net Worth

Is Avneet Kaur in a relationship?

No, Avneet Kaur is not in relationship. But she is rumored to be in relationship with Siddharth Nigam. Recently her name was came in-front with Raghav Sharma.

What do Avneet Kaur father do?

Amandeep Nandra, father of Avneet Kaur is a business person. Avneet Kaur keeps posting pictures with her family including her father.

What is the relationship between Riyaz Aly and Avneet Kaur?

Avnnet Kaur and Riyaz Aly are very good friends of each others. Both came close after working together in a music album.

What is the age of Avneet Kaur?

Who is the lover of Avneet Kaur?

Siddharth Nigam was rumored to be in relationship with Avneet Kaur.

The Norwegian Film School Norway: Get Admission and Full Details