Actor and singer Paras Singh Minhas, who gained popularity with the tv serial Bani Ishq Da Kalma, has got engaged. Yes, the actor decided to tie the knot with his old friend Singer Dolly Sidhu. The actor recently shared some pictures on his social media and revealed that he is going to tie the knot soon. Along with this, he has also mentored his fiancé Dolly Sidhu.

Let us tell you that actor Paras Singh Minhas is a well-known face for the TV audience. He has worked as a lead actor in many tv shows. Along with serials, he has done music albums, films and web-series as well. Dolly Sidhu, the fiancé of Paras Singh Minhas, is also a famous Bollywood singer, who has lent her voice for many films including Sunny Deol’s film Kaafila, Jaat Always, Jaan To Pyara, Myself Ghaint and many more.

Sukhwinder Singh Dances With the couple Singer Sukhwinder Singh and many other Bollywood celebrities attended the engagement ceremony of Paras Singh Minhas and Dolly Sidhu who showered their blessings on the couple. 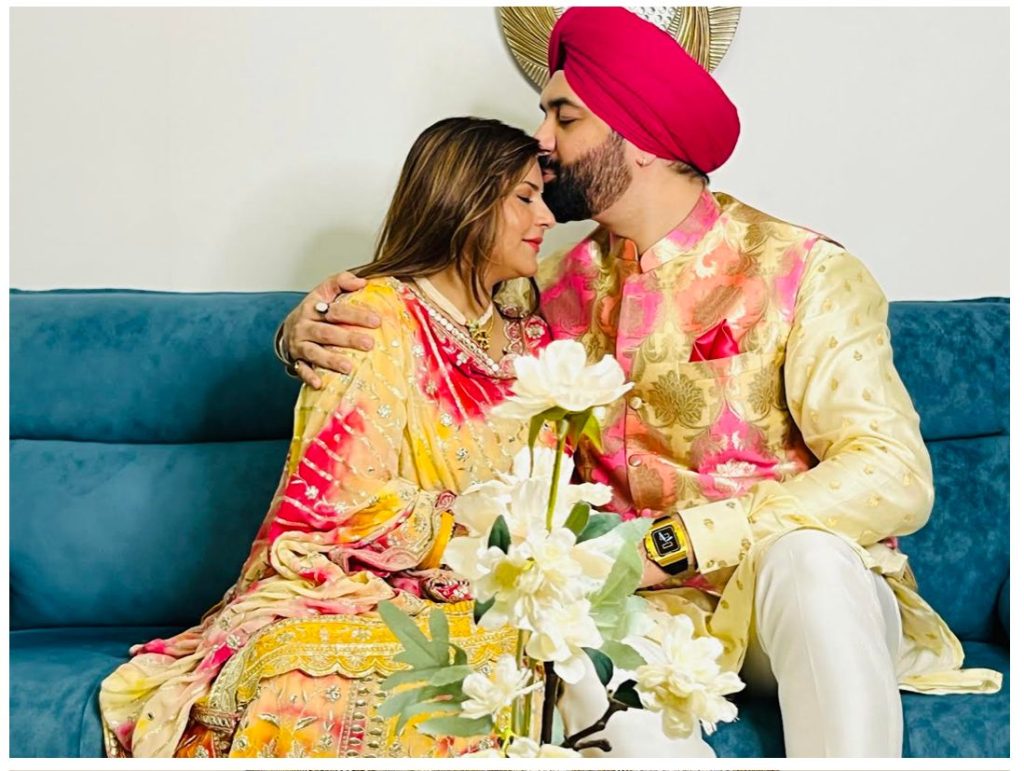 The Couple has already a good bonding. Dolly Sidhu and Paras Singh Minhas are looking cute in these picture.