The first look of Parineeti Chopra and Arjun Kapoor’s forthcoming film Namastey England has been released. Parineeti has shared the first poster on her social media accounts. Along with Poster, the makers also announced the Release date of the film. The film is scheduled to release on 7 December 2018. 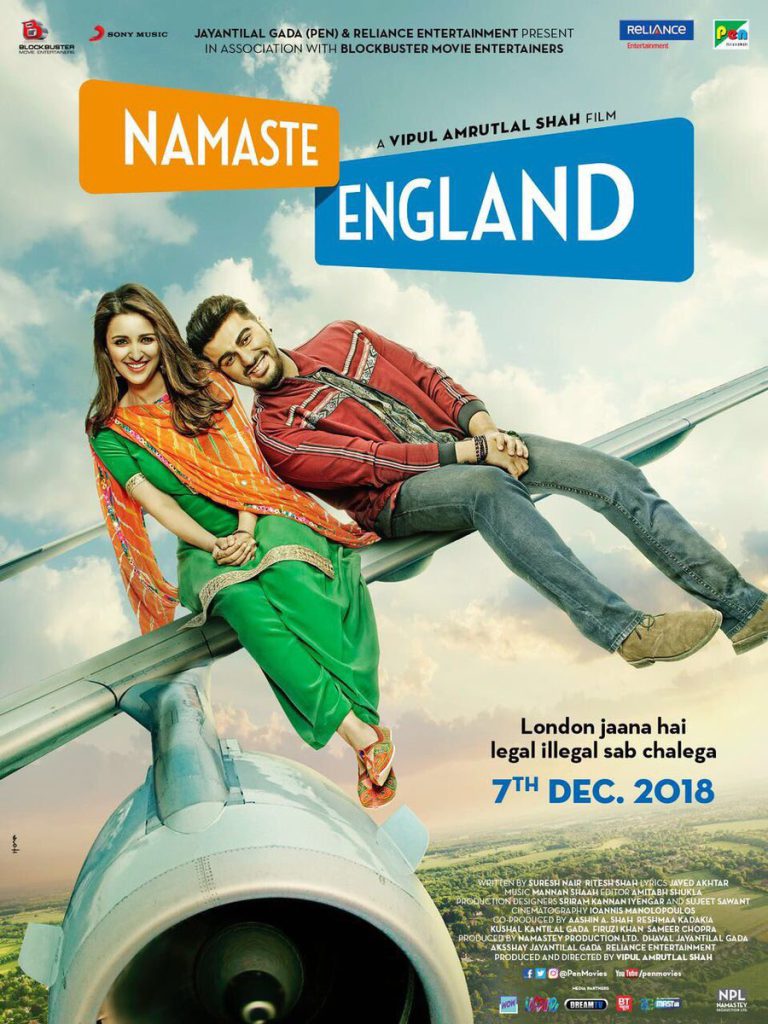 Namastey England will be the third film of Arjun Kapoor and Parineeti Chopra. Both the Actors started their Bollywood career through Ishaqzaade film. The duo will soon be seen in the film Sandeep Aur Pinky Faraar. Parineeti Chopra and Arjun Kapoor started shooting Namaste England in Amritsar on Friday.

According to reports, the film story will begin with Amritsar and Ludhiana of Punjab followed by Dhaka, Bangladesh. Simultaneously, a part of the film is scheduled to be shot in Brussels, Belgium. Apart from this, some scenes of the film will be shot in London and Mumbai. The film Produced and Helmed by Vipul Amrutlal Shah.