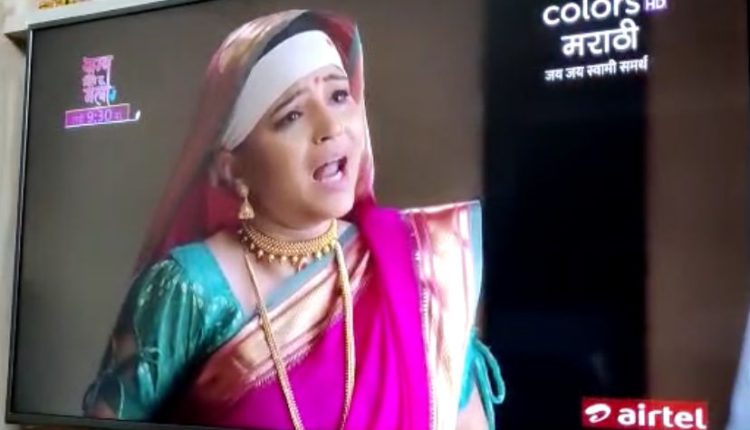 Shreya Kulkarni is well-known for her tough roles in daily soap operas. Shreya is now working on a new Colors Marathi series called “Jai Jai Swami Samartha.” In that series, Shreya plays the negative lead called “Saudamini.” Shreya describes this as her dream daily soap because her mother is a die-hard fan of the same. Shreya claims that she has always wanted to work in this everyday soap so that her mother can see her at their home.

Shreya lives in Mumbai, and her mother misses her terribly; her roles in Serial are one of the ways Shreya’s mother keeps tabs on her from her village of “Jalgaon.” Shreya says she got this precious opportunity from Mr. Digambar Fatate sir, the director of the series ‘Jai Jai Swami Samartha.’ Shreya has been in the film industry for over 5 years, but this opportunity is a dream come true for her because her mother has always wanted her to work in this serial. “Jai Jai Swami Samartha” is one of the most popular mythological serials among viewers. The substance of this serial touches many people’s hearts and stirs many emotions.

Shreya claims that director Digambar sir is teaching her to be more exact in her performance. Directors are too polite to speak while directing, but Mr. Digambar fasate sir is so humble and decent to direct that he has never damaged my mood while I act, Shreya remarked. Shreya wishes to express her gratitude to director Digambar Fasate sir for this opportunity.