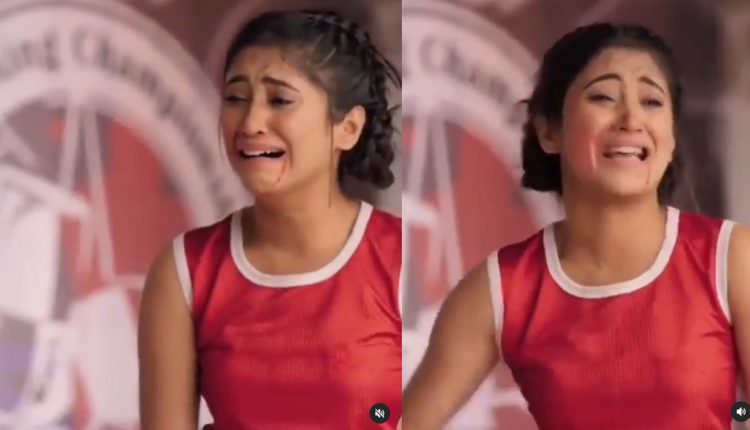 Shivangi Joshi is one of television’s most successful actresses. Shivangi Joshi has made a particular place in millions of hearts in a short period by playing an important role in television show ‘Yeh Rishta Kya Kehlata Hai.’ In this serial, Shivangi Joshi played the lead character of Naira which became really very popular. The actress recently announced her departure from the hit series, which came as a shock to her fans. Everyone is missing Naira after Shivangi Joshi posted a video of herself on social media.

This video was released on Instagram by Shivangi Joshi herself. Shivangi appears in the same outfit as Naira in this video that has been shared by her. In the background of this video, the popular song Kasoor from Kartik Aaryan’s film ‘Dhamaka’ is playing. Shivangi Joshi’s video has received over 2 lakh likes so far. Fans are continually leaving comments on this video, telling Shivangi how much they miss Naira. ‘I miss my Naira a lot… recall those old days when a smile of Naira used to make our day,’ one person wrote. I miss Kaira’s (Karthik-Naira) lovely scenes and their cute fights.

Shivangi Joshi is now starring in Colors channel’s ‘Balika Vadhu 2’. Just a few weeks ago, the serial took a huge step forward. The creators have been focusing on Badi Anandi’s life since the leap. Shivangi Joshi is becoming a major joy in this drama, and she is winning everyone’s heart. Shivangi and Randeep Rai’s coupling in the drama has a lot of fans on digitally on their social media handles and house to house. Randeep Rai came in light by playing the leas alongside Ashi Singh in television show ‘Yeh Un Dino Ki Baat Hai’. If you also have watched this Shivangi’s new emotional video then we are definitely sure that you gonna miss those Yeh Rishta Kya Kehlata Hai old days.