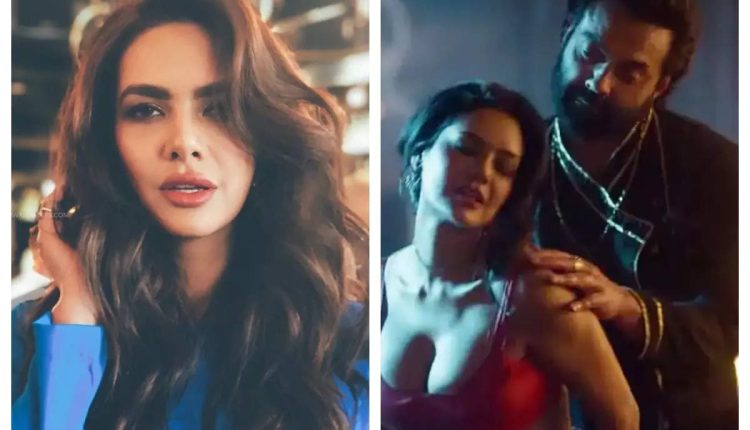 The third season of Prakash Jha’s web series Aashram or Aashram 3 has this time a beauty diva named actress Esha Gupta. In the series, she portrays Sonia, a woman who gets her work done by sticking near to Baba Nirala. Esha Gupta has showed bravery as well as outstanding acting in the web series. The actress has been in the news constantly since the series’ release, and she has now revealed a major revelation regarding the Bollywood industry. The actress has stated that she was subjected to apartheid in the profession. Not only that, but he was also encouraged to undergo skin-whitening injections.

I Never Want My Daughter To be An Actress, Says Aashram 3 Actress Esha Gupta ‘There is a lot of pressure on actresses to look fair and lovely,’ Esha adds. I never want my daughter to become an actress because she would be under pressure to look beautiful from a young age. She will be unable to live a regular life in such a condition. I want her to become an athlete since it will need less study and will bring her success.

Esha Gupta spoke candidly about apartheid in an interview with Prabhat Khabar. People discover many flaws in you, she claims, whether it’s your skin or your stature. ‘Early in my career, I was urged to work on my nose,’ said the actress. My nose is circular, so I should make it a little sharper and straighter.

Esha Gupta was Suggested to Get Skin Lighten Injection ‘My skin is dark, so I have no difficulty,’ bold actress Esha Gupta added. It’s fantastic. However, I was encouraged by industry professionals to undergo fairness injections. This injection was supposed to lighten my skin tone. When I inquired about its cost, I discovered that it is Rs 9000.