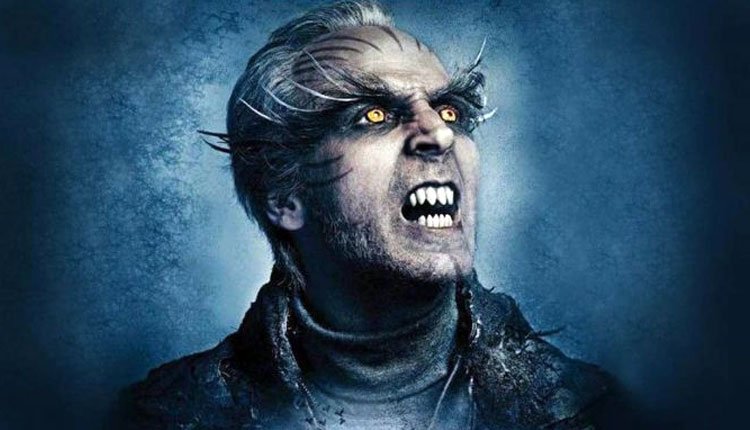 The Akshay Kumar and Rajinikanth starrer 2.0 (Hindi) version collected 34 crores on first Sunday (Day 4) at the domestic box office. The film now reached 97.25 crores mark, and just a few crores away from 100 Crore Club and it would cross this mark on Monday.

Rajini-Akshay starrer film has managed to pack an impressive extended opening-weekend total, 2.0’s real test will start from Monday onwards. During the weekdays, 2.0 will have to solely rely on its merit to fetch good moolah at the domestic box office.

2.0 helmed by S. Shankar and bankrolled by Lyca Production. The film also stars Amy Jackson in a pivotal role along with Rajinikanth and Akshay Kumar.