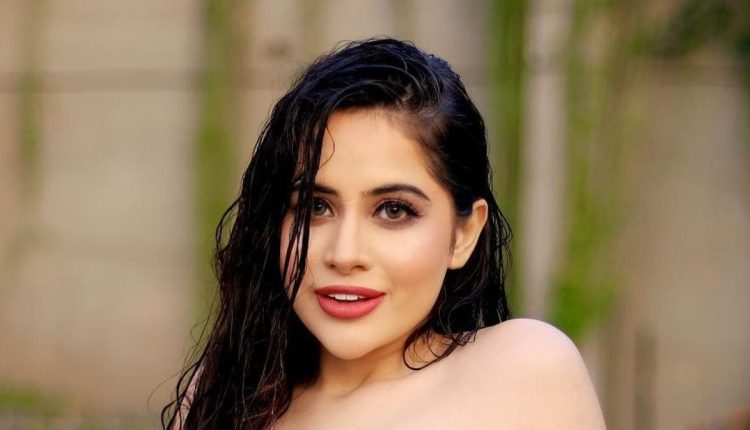 Urfi Javed, an internet sensation known for her unique fashion sense, is a social media sensation with a large following. She frequently experiments with new styles and becomes a topic of discussion. She is also targeted by trolls for her eccentric fashion, but she is unaffected by negative comments, but this time Urfi has created a dress inspired by a troll’s comment.

Urfi designed this dress in response to a fan’s comment.

OTT Bigg Boss fame Urfi is back in the news because, after wearing clothes made of sacks, foil, and safety pins, she is now wearing a dress made of stone. Urfi has shared a fan’s comment in the shared transition reel, which begins with the words ‘Should be hit with a stone.’ Stones are falling on Urfi in the video, which she catches and then jumps from.

Trolls have no effect on Urfi Javed

Urfi is first seen in an oversized T-shirt, then in a stone dress. Users are reacting angrily after seeing Urfi’s new appearance. While many praised Urfi’s incredible style, many continued to target her. However, Urfi’s demeanour indicates that these trolls have no effect on her.

The actress has also received a lot of positive feedback from users. Many have called her the most daring girl on the planet, and many have praised her sense of style. Urfi Javed first appeared on television in the 2016 TV series ‘Bade Bhaiya Ki Dulhania.’

She can be seen in Big Boss 16

She then appeared in Meri Durga, Bepannaah, and Panch Beej Season 2 after that. Urfi Javed has also appeared in the television series Yeh Rishta Kya Kehlata Hai and Kasautii Zindagi Ki 2. She made headlines, however, when she appeared on the Karan Johar-hosted Bigg Boss OTT. It is now being discussed whether she will be able to compete in Bigg Boss 16.