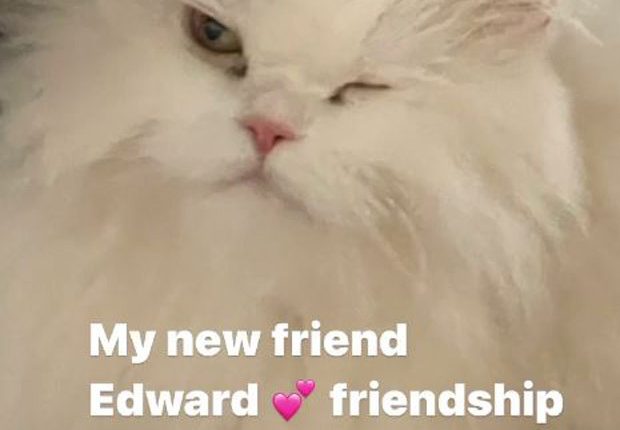 As the Kalank actress Alia Bhatt is away for her holiday with beau Ranbir Kapoor after getting negative for the virus, we hear that her cat Edward was feeling lonely. But now it seems that the actress is feeling happy and pleased as her cat has found a new friend. Yes, you guessed it right, the new friend of cat Edward is Neetu Kapoor. The veteran actress was quick to share this news on her Instagram handle by making a story out of it and announcing that all is well with the cat now.

This is perhaps the first time when we hear about Alia’s Cat and that too hooked to Neetu Singh. This seems interesting. The veteran actress was quick to share the story saying My New friend Edward and then added a wink in it followed by posting the picture of the cute cat. Both Alia and her son Ranbir have been away to Maldives to have a good time together after they tested negative. The couple is yet to share any post, all thanks to the way they were trolled by netizens when their photo at the airport went viral.

Talking about her work, the couple is working on their maiden film Brahmastra. While another film include Gangubai Kathiawadi. The movie is all set to hit the screens on 30th July. Stay tuned to know more about it and others only with us. If you have anything to share you can comment below.

Sussanne Khan Shares A Sneak Peek Into her Home Office