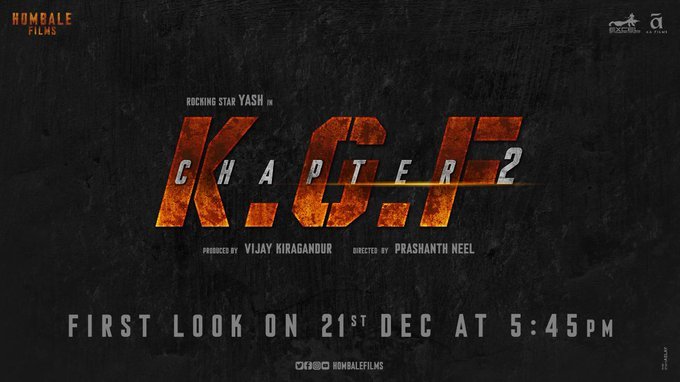 Good news for KGF fans, the makers of films announced the release date of KGF Chapter 2 First Look. The First look of much-awaited movie KGF Chapter 2 will be unveiled on Dec 21st at 5:45 PM.

KGF Chapter 2 star Sanjay Dutt shared the news on his Twitter account. Sanjay wrote, “The journey of Adheera begins… #KGFChapter2 first look out on 21st Dec. It’s been a wonderful experience being a part of the KGF franchise! @TheNameIsYash @VKiragandur @Karthik1423 @Prashanth_neel @hombalefilms”

Helmed by Prashanth Neel, KGF Chapter 2 is expected to be released in 2020.

2019’s Most Searched Bollywood Actor on Google in India