Gangeshwar Lal Shrivastava (Hindi: गंगेश्वर लाल श्रीवास्तव) is an Indian Politician from Vasai Virar City, Palghar, Maharashtra, India. He is the vice president of Bhartiya Janta Party Vasai Virar Unit, in the Vasai-Virar region of Maharashtra, India. He is also serving as General Secretary of Film Studios Setting & Allied Mazdoor Union, Asia’s Largest Trade Union and Treasurer of Federation of Western India Cine Employees, Mother Body of 31 Crafts and Associations, along with He is the Founder/President of Shakti Janhit Manch, a leading and active organization in Vasai Virar City, Palghar in the field of Social Work, also he is the Managing Editor of Shakti Janhit Manch News Paper.

He was born and brought up in Mirzapur, Uttar Pradesh, India. Shrivastava completed his schooling form his hometown only and moved to the city for his further education.

Gangeshwar Lal Shrivastava started his career in 1998 as an Ordinary Cashier in a Bakery situated in Pune. In 2001 He opened his own bakery in the same city. Later on he shifted to Mumbai and started working as an Ordinary Carpenter in Film City. In 2007 he contested as Vice Chairman for Film Studios Setting & Allied Mazdoor Union also known as FSSAMU and Won. When he started raising his voice against the ongoing corruption in the union, he was expelled from the post of the Vice President.

From childhood, Gangeshwar Lal Shrivastava ‘s trend was like social work. In this context, in 2011, he founded the Shakti Janhit Manch for social service. Under Shakti Janhit Manch, Gangeshwar Lal Shrivastava did many social works like helping for studies, arranging ration for helpless parents, giving wheel chair to handicapped people etc. Gangeshwar Lal Shrivastava in Nalasopara during the Kovid period in 2020 and 2021, the workers of the organization distributed free ration in many houses, did sanitization in chawls and buildings, fed food to the passengers traveling to and from their ancestral residence due to the epidemic, those who lived in their villages. Unable to go, they were sent to their villages by trains and buses. 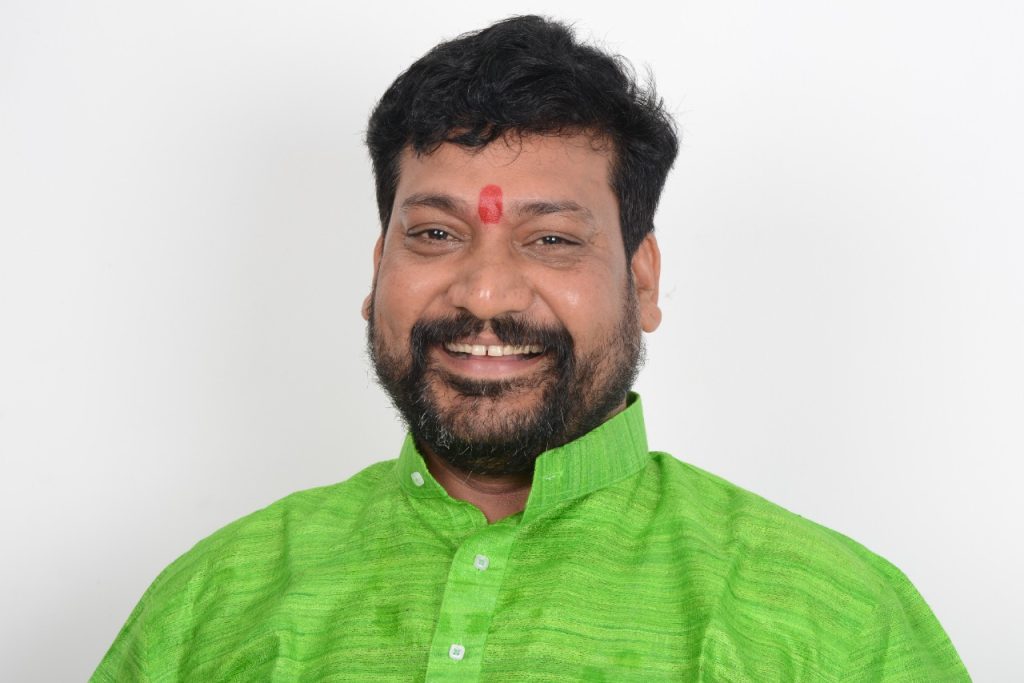