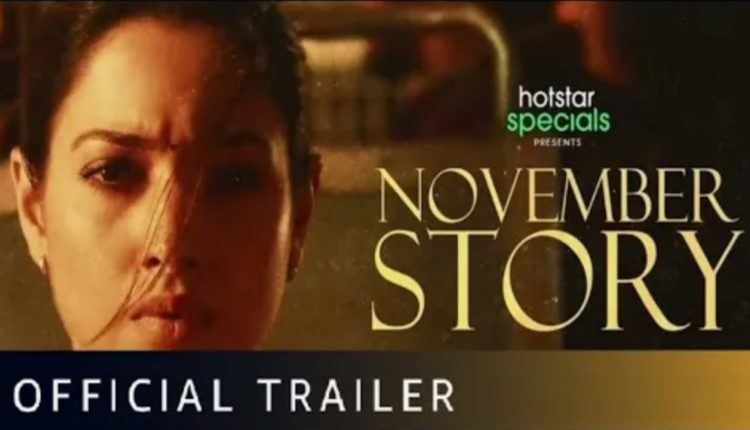 With her digital debut in the web series 11th Hour, we see the actress Tamannah Bhatia is back in the news with her next show called November Story. The show is helmed by Ram Suramaniam, while it is going to release in multiple languages like Tamil, Hindi and Telugu this May 20. Before the release of the show, the makers released the trailer today. The story of the show revolves around the life of Anuradha who is fighting to prove her father innocent in a case.

The makers were quick to release the trailer on their Twitter handle, how about checking it as under:

While sharing the same, the actress wrote how interesting to see it getting streamed from 20th May in Hindi, Telugu and Tamil on Disney Plus. Well, you must have seen the same. As you can see in the trailer, it has a story of a man called Ganesan who is a crime writer suffering from the ailment called Alzheimer. His daughter who remains an ethical hacker called Anuradha is seen doing something unusual and she decides to come up with it.

In her statement to a channel the girl said that Anuradha remains a young, fearless, intelligent and independent woman who seeks leaving no stone unturned to make her father innocent. The show also has GM Kumar along with Vivek Prasanna in the pivotal roles.

Big B To return with KBC 13, Catch the SonyTV official Promo